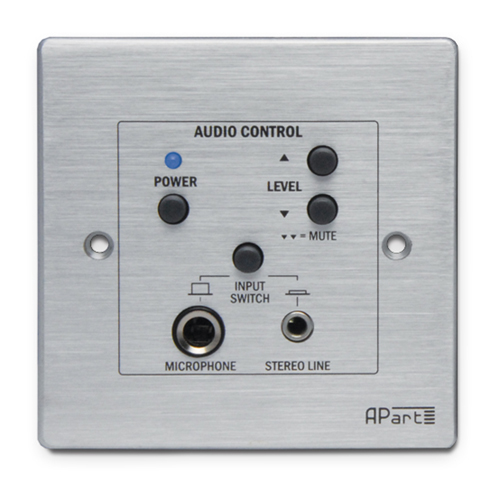 ACPL is a wired remote control with local input for the Apart SDQ5PIR active speaker. This audio control panel makes you forget the worries associated with the use of audio in public rooms used by different people on an almost hourly basis. No more stolen or lost remote controls, no more battery problems and no worries because of sunlight that bothers the IR receiver.

The ACPL has a brushed aluminum front that fits into any interior style. The remote control panel can power the SDQ5PIR ON or OFF, has volume control or direct muting. A power indicating LED indicates the power status of the active speakers. Connection to the active speaker is done by a CAT5 cable which also takes care of power.

There is a selectable MIC-input (jack) for microphones and a stereo line input (mini-jack) for laptops or personal audio devices. Especially for those laptops and MP3-players ACPL has increased input sensitivity. For better speech intelligibility and to avoid “plopping” noises, there is a low-cut filter on the MIC-input. 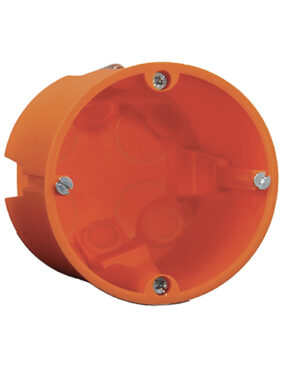 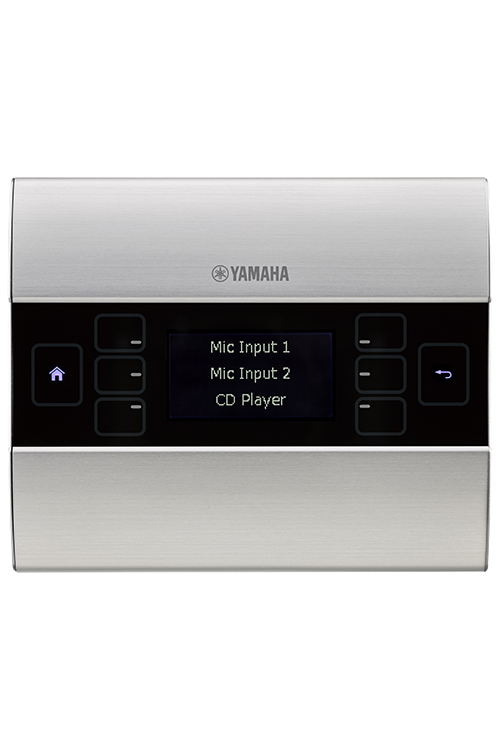 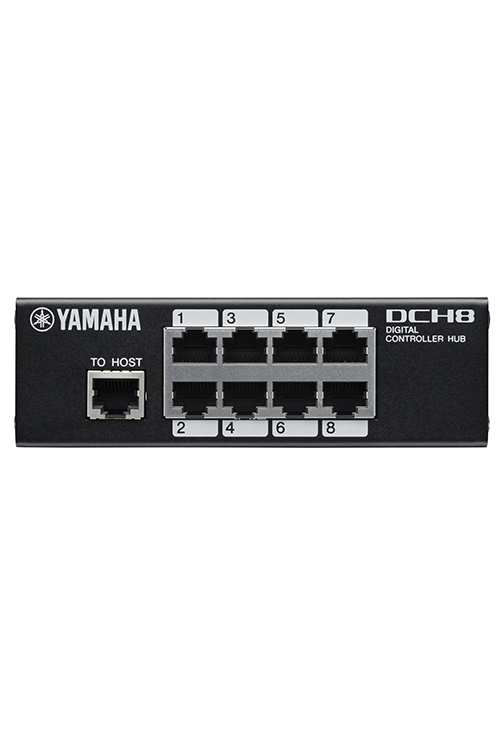 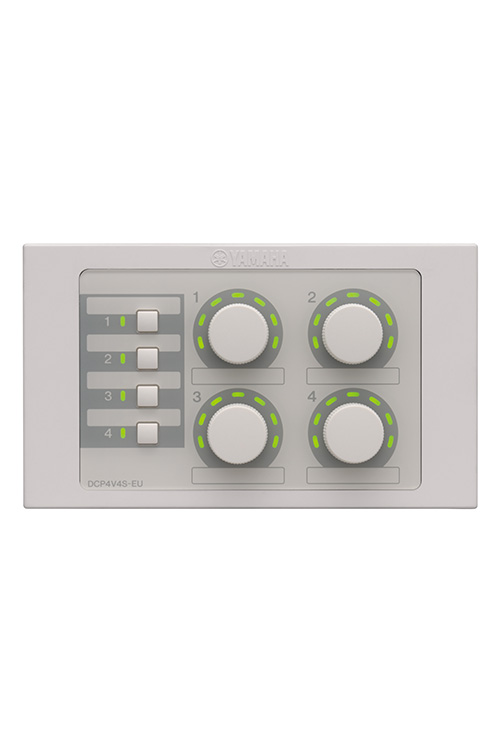 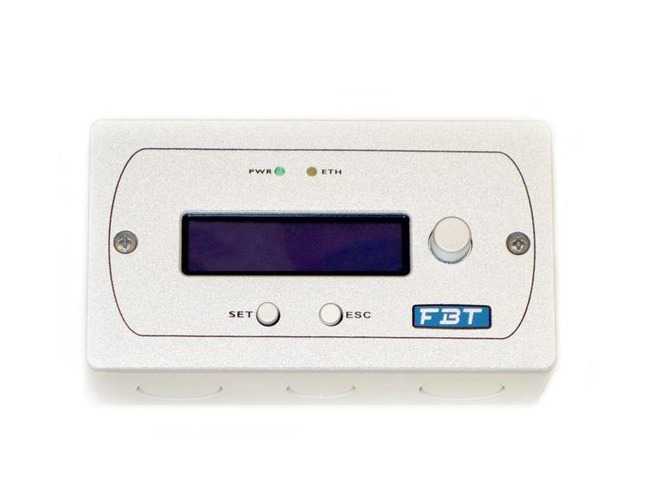