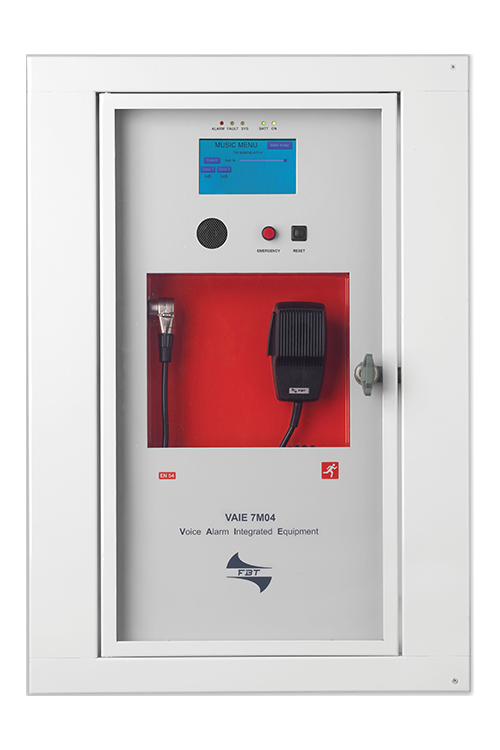 The new VAIE 7M00 range includes two integrated voice evacuation systems for emergency facilities, designed specifically for wall-mounting and equipped with control units, certified in compliance with EN54- 16:2008 / EN54-4 standards. Depending on the model, these systems are capable of managing from 4 to 6 alarm zones, each driven by a single amplifier, as well as remote microphone stations and controlled inputs to be connected to a central fire-fighting system. It is possible to connect up to a maximum of 6 of these systems to one other (for managing an overall maximum of 36 zones).
The range includes:
VAIE 7M04 – 1000W / 4 zone / double output line (A+B)
VAIE 7M06 – 1000W / 6 zone / double output line (A+B)

Rated audio output: 1000 W overall, distributable freely among the zones with a maximum limit of 250 W per single zone. 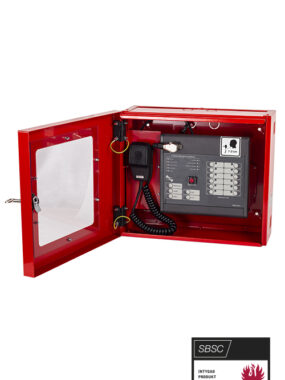 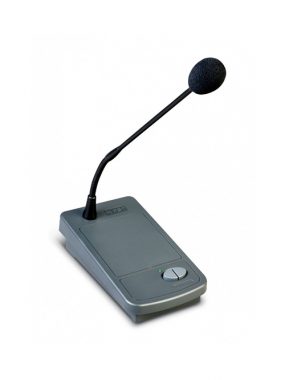 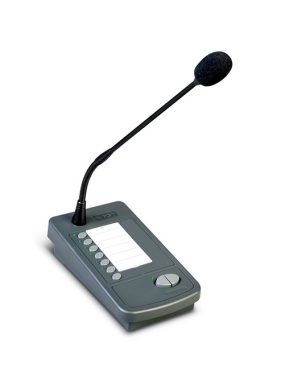